What if there’s Everything? 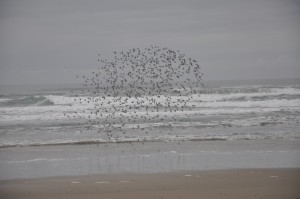 One of my surprise favorite movies is the new Disney film Tomorrowland, which I saw with my family. 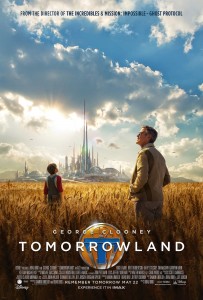 The movie was one of those films that appeals to all ages, and featured none other than George Clooney. There were two other actors who played equally important roles. I was ready for the adventure and what I thought would be just a typical action, science fiction fantasy film that my boys would like.

And, they did like it, especially our  youngest son, who’s and his friend Aleks, who was also along with us.

But, what surprised me is how much I liked it.

In fact, I remember liking the movie so much that I stayed after while the credits were rolling, as I wanted to write down some of the things that stood out from the movie.

The celebration of dreamers. The viewing of life through such a hopeful lens, the never-giving up feel, the going after your dreams.

It was not your typical sci-fi fantasy based in the dark dreary future film.

Sure it had futuristic robots and flying machines and a futuristic space like look at times, but it had heart and feeling and relationships and a story and people and emotions.

And, it had Dreamers.

Tomorrowland centers around the characters of Frank and Casey and Athena, who are bound together by their experience of, and belief in, this wonderful place called Tomorrowland. They all have had a taste of this utopia.

I was especially inspired by the bright-eyed haunting Athena, who’s 12-years-old and an old soul, and she finds Frank and Casey, and all three of them are wanting to get to this amazing place,  Tomorrowland. Athena’s eyes pierce yours. She is so real and intense and sweet and tender and her spirit would not give up. I teared up toward the end that she is not going to live. I didn’t’ believe she was a robot.

At a point in the film that gives the backstory of Casey, she shares a dream of wanting to go into outerspace one day, but there are the skeptics and the doubters and the unbelievers. Space is far away and it is risky and what do we know about space anyway. 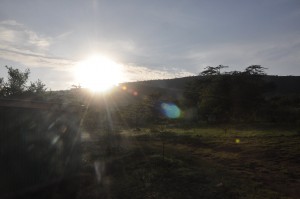 “What if there is nothing?” the skeptics ask.

Casey counters: “What if there is everything?”

I love that. Casey is hopeful and positive and caring and passionate and humbly confident. She’s a dreamer.

The fight inside is between two wolves. One is evil, one is good. One is anger, one is peace. One is darkness and regret and self-pity and despair. The other one is love and hope and kindness and truth and faith.

The legend has it that each person must choose between the two wolves.

When the grandson asks which wolf wins, the elder says, “The one that you feed.”

My mom and dad always have such great attitudes in life.

I grew up in a German household where there was no room for complaining about life.

Mama would often say, “Kopf Hoch,” which meant “Head up.” We were not allowed to wallow in self pity. We were told to look at the sunny side of life and to make the best of each situation and to keep trying and to never give up.

Feed the right wolf. The one filled with peace and compassion and faith and generosity and benevolence and humility and kindness.

I love the message in Tomorrrowland: “Find the dreamers.”

Dreamers need to find one another, just as Frank and Casey and Athena found one another. It gets lonely out there.

Dreamers stick together. Just like Athena, I too am looking for fellow dreamers. Are you? 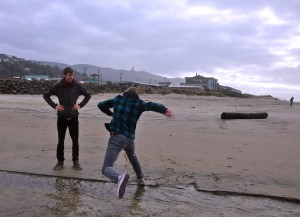 Do I want to go? Do I believe? Am I going to live my life as if I believe.

Those who believe there is a place where nothing is impossible.

Those who will feed the right wolf.

And those who think:

What if there is everything?